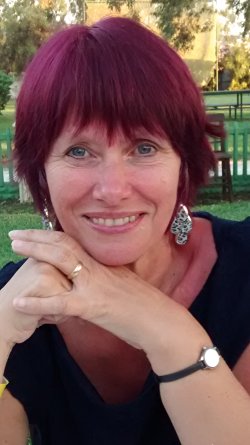 Gill Wyatt is the author of literary fiction books in the Family Saga genre. She has just released Under The Sun, which is the third book in The Aurora Trilogy.

The first book, Chasing the Wind, was first published in 2012. It is described in reviews on Amazon as

‘poignant and compelling,’ ‘a good read with a challenging storyline,’ and ‘thought provoking.’

Gill’s last employment was as a support worker with a local charity, County Community Projects (CCP). Working for CCP has sparked an even greater interest in the weak and vulnerable which is therefore reflected in her writing.

Gill is currently undertaking a business course with The Business Kitchen and is fascinated by the way a business works. She often has to remind herself that the writing comes first because otherwise she will have nothing to sell.

Gill enjoys reading, and began writing many years ago as a means of catharsis.

Jodi Picoult, because of the wonderful characterisation.

Brandon Sanderson, because of the sheer vibrancy of his imagination and the amazing fantasy world that he creates.

This site uses cookies to ensure that we give you the best experience on our website. If you continue to use this site we will assume that you are happy with it.No ProblemLearn more